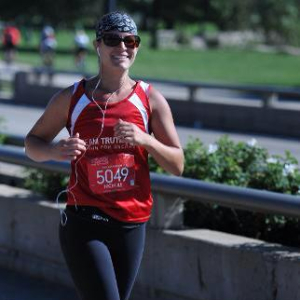 I was first introduced to CrossFit when my husband became a Level 1 Trainer in 2008. The first WOD that I did was Tabata Squats; I thought that I was going to die. The next three and a half years I dabbled in CrossFit, but never committed myself to the program. In 2011 when my husband decided that he wanted to open an affiliate I figured that I had better get serious about CrossFit. Doing so was hands down one of the best decisions I have made in my life. CrossFit has made me physically and mentally stronger than I have ever been. In January of 2012 I became a CrossFit Level 1 Trainer. I enjoy coaching at CrossFit Yuma and seeing other people realize their strengths both mentally and physically.